Taipei has changed a lot over the last few decades alone, but even more so from over a century ago. In the 19th century the former Qing Dynasty had decided to section parts of Taipei off by surrounding it with a ~5km long wall accessible through 5 gates (East Gate, West Gate, South Gate, Little South Gate and North Gate). The total area enclosed summed up to approximately 1.4 square kilometer. According to other sources they did so for military affairs as well as economic reasons.

However, as you walk through Taipei, you won’t find any of these walls nor their remains. So what happened? During the Japanese Colonial Period until 1945, those walls were destroyed and plans to the demolish the gates were made as well. Apparently due to public resistance almost all of the gates, however, could be kept and went untouched (for a while, that is). Interestingly enough, it is only the North Gate (Chengenmen) that still exists in its original form. The other gates were eventually torn down and rebuild in the process of making Taipei tourist friendly(er). 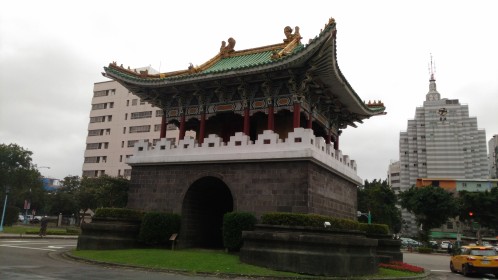 is Taipei Little South Gate, traffic is pretty busy around though you can get quite a nice glimpse of it if you give it some time. It is definitely worth it! take a minute to take in what you see and then turn around to also be aware of what else is going on around you. It is such a fascinating combination of history right in front of you and modern days, you live in.

As described earlier, there is only one gate that is still up to today in its original shape. The North Gate is very impressive, not too far from the Main Station, you will easily find it as you keep walking. As from the pictures depicting the former gates, you can see a closer resemblance compared 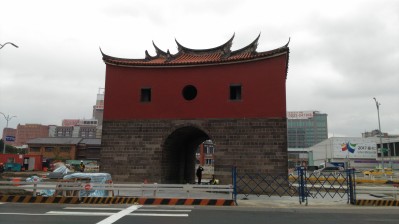 to the other gates you will no find across Taipei City. Unfortunately when I was out and about taking these pictures and learning about Taipei’s history, I could not get any closer to this amazing gate, as there was quite a bit of construction work going on, the  Taipei Universiade is coming up and Taipei is preparing to show its beauty.

The gate I loved the most, partially also for its history is the former West Gate. After it had been destroyed during the Japanese Colonial Period, the people of Taipei called to keep the other gates and succeeded! Ximen, the West Gate is now being represented by a more modern art display, which is lit up at night, changing colors fitting perfectly into the surrounding of the busy and vibrant Ximen shopping area. 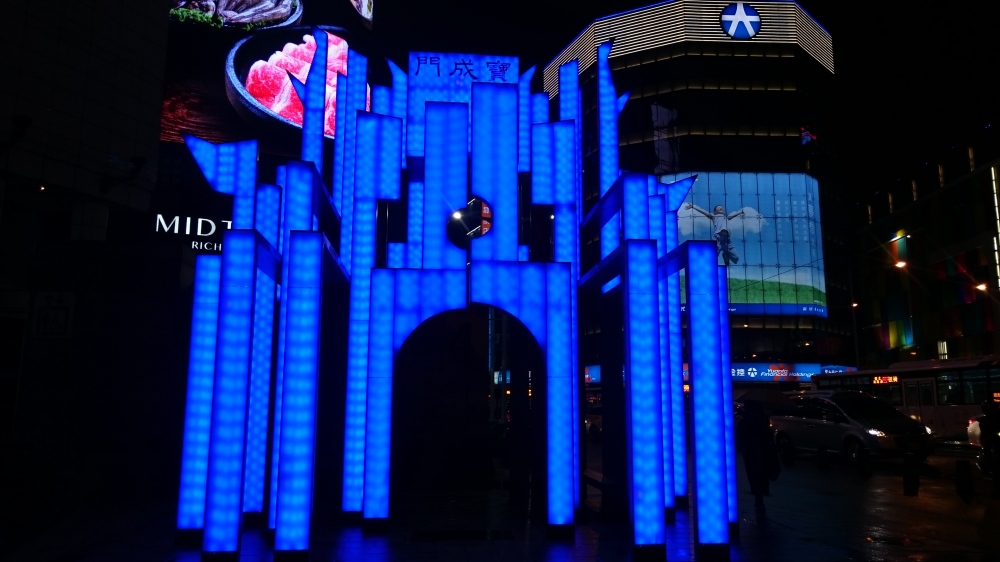 Enjoy your walk around central Taipei as you keep discovering the other gates. The East Gate is located very closely to Chiang Kai-Shek Memorial, once more in the center of the road by a round about, as you can see these roads used to not be there and hence the gates seem to stand out a bit more. You can easily make this exploration a full day’s activity if you like and follow Taipei’s history while experiencing Taipei’s modern days at the same time. Have fun!